Not crossing the Rubicon

So last night my band played its first ever Corporate gig. It was a 30th anniversary party for a recycling company held at a local football ground. A good friend of ours organised the whole thing and we’re delighted she invited us. We’ve never done corporate before and a bunch of heavy things needed to happen to enable it:

Both of which were the kind of thing that people who take this seriously probably do to make themselves feel better.

Long story short: the day took us eight hours from set-up to break down. We played really well, a “best of” set for an hour. At five to eleven a Polish man told me that he didn’t know any of our songs and that if we played songs he knew then the dance floor would be full. I stopped the band as they were mid-way through the opening of “Monster” and asked the DJ to start playing.

We were clear of the venue by 1150 and on our way home. Sometimes gigs are euphoric and transcendental and sometimes they’re a transaction.

These are not our songs. This is our hobby. I doubt there’s joy in playing for audiences who are not ours. We’re deeply grateful for the opportunity to play at all, and to our friend Shirlene who booked us.

Needless to say, I had a great time and here’s a photo of me and their photographer, who’s also one of their drivers. If you’re ever at a “do” and there’s an amateur photographer, do take their photo: I’ve never met one who wasn’t deeply grateful to be noticed. I know the feeling. 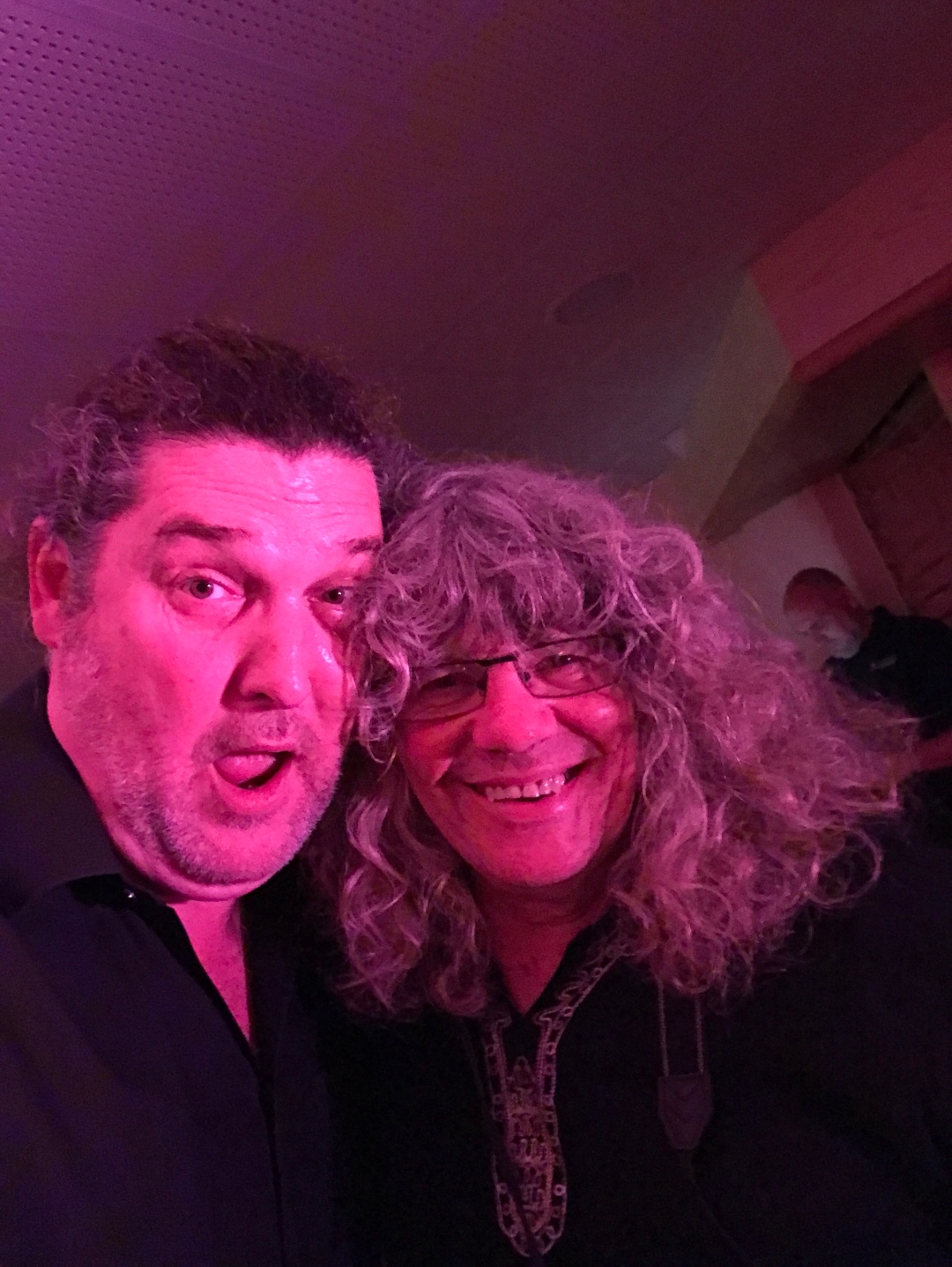 I’m not sure we’re destined for the Corporate circuit!